Image from ESO https://www.eso.org/public/news/eso1015/ shared under a Creative Commons CC BY license

Here, you are going to learn all about whether or not real life can take place both online and off, along with the dangers of using online spaces to shape ourselves, specifically F-instas. This topic is important as teenagers today are finding themselves having to navigate these years more and more in online spaces. They are faced with so much technology at such an early age, yet they don’t always have the tools or the maturity to handle it. F-instas are a new trend that makes monitoring a child’s social media more challenging, allows adolescents more space to experiment, and is therefore disconcerting to say the least.

MK: Hi Luna! Thank you for meeting me again-I just really need some help sorting through this idea of adolescents and their online versus real personas. I know we’ve chatted about this before, but I didn’t have my favorite coffee mug those times, so cheers! haha 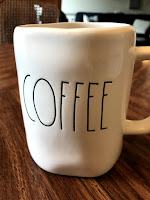 Luna P: Of course! You know I drink coffee like it’s my job so I’m always down for a good coffee shop date! And don’t worry-I get that the digital world freaks you out, but since I live in the digital world, and it doesn’t freak me out, maybe I can help you. Or maybe together we can come to some sort of common ground. If that exists haha

MK: Yeah that sounds perfect. See, I work with kids, teenagers to be exact, and they’re attached to their phones. I’ve also seen a rise in students suffering from mental health issues and it scares the living daylights out of me!

MK: I’m serious! I live with OCD, a type of anxiety disorder and it’s hard. I cannot imagine if I had to deal with this in middle school! For those kids who do, or who suffer from anxiety and depression, how do they do it? They live two lives-

MK: What do you mean?

Lofty ideas. haha …Yeah it sounds like I side with them doesn’t it? I don’t know where I stand. I think…I think I want them to be separate entities. That sounds easier.

MK: Very true. When I say easier, I think I mean that as an adult, that makes more sense. But I guess the reality is that it’s not about what I would do, but what they, meaning adolescents, believe.

Luna P: Exactly. They are growing up in a world riddled with technology. According to The Conversation’s “How Teens Use Fake Instagram Accounts to Relieve the Pressure of Perfection”, they are growing up in a world where there is this need to be perfect and to project the perfect life. We all know that there is no such thing, but to these kids, it’s achievable through digital self-representation-

MK:-But that’s a problem! As adults, how can we be okay with that?

Luna P: With what exactly?

MK: That kids are under the impression that perfection is attainable. That’s setting them up for failure.

Luna P: Not necessarily. I don’t think kids think perfection is attainable, but the idea or the image of perfection is. Through the right lens, they can appear to have the perfect hair or perfect weekend.

MK: Hence contributing to the mental health issues we see. Kids who think they aren’t good enough. My students call it “‘unhealthy comparisons”, from physical appearances to social engagements.

Luna P.: That’s fair. I don’t disagree. But it’s worth noting that those comparisons are no different then the ones students make in the hallways of school or through conversations. Social media just gives them another outlet for it.

MK: Huh yeah I guess that’s true too. Which actually brings us back to our original concern over online vs. offline life and which is “real” life. But you mentioned an article above, “How Teens Use Fake Instagram Accounts to Relieve the Pressure of Perfection” I believe, and I wanted to circle back to that. We’ve been talking about teens having social media, which most, if not all, do, but what about those “fake instagram accounts” or “Finstas” that kids have now.

Luna P.: You mean the ones where teenagers will only show a certain aspect of themselves, like a hobby people don’t know about, or like only certain people can see this account?

MK: Yeah exactly! On the one hand, I think it’s great that adolescents have an outlet to express themselves, similar to a diary, just online. But on the other hand, 1. I didn’t have to worry about my diary falling into the wrong hands or being seen by people I didn’t want and 2. I wasn’t opening myself up for validation or criticism from others by writing in it. I was genuinely just for me.

Luna P.: That reminds me of another article! According to the Fox News article, “Teens Are Creating Fake Identities on Instagram Called Finstas. Should We Worry?, Dr. Ken Castor, youth expert and author, states,“For many teens on social media, projecting an alternate version of themselves can be an innocent, and often fun, experiment. It’s the avatar effect, where a person can recreate themselves and seek an affirmation-rush from new networks. For some teens, however, a projected identity lures them into a place to hide, where they become numb to potential consequences, and lurk into more risky conversations and behaviors.”

Luna P.: What do you think about the ‘avatar effect’?

MK: Haha…coming from the avatar shouldn’t you be answering that question???

Luna P.: Touche Touche! I see his point, obviously haha and I see his other point that depending on how the teenager uses it or handles and conducts themselves on it, is what really matters.

MK: Agreed! I also found it interesting when it quoted Jenna Clark, Senior Behavioral Researcher at Duke who basically said it’s not time to start worrying about Finstas, but to talk about them, with the fear being “identity polarization, where expressed ideas become extreme”.  She states, “There are the risks of the online disinhibition effect – people can feel too free online, to the point where their self-expression goes too far. This might lead people to build identities that are more extreme in values or perspectives than their true selves are inclined to be. If a young person is rewarded with likes or reshares for designing, say, an alt-right persona, they’re going to be encouraged to delve further into that method of self-expression.”

Luna P.: That’s a bit unnerving. It sounds a little bit like letting others create who you are. Not shape you like role models and mentors do, those who help us along the way, but more like how you can customize your own American Girl doll, only this time it’s not a doll but potentially a real American girl.

MK: It really does. The article though also offered a semi-solution, if there even is one. Basically the solution is just to avoid extremes. Anything in excess isn’t great for you and this is no exception. 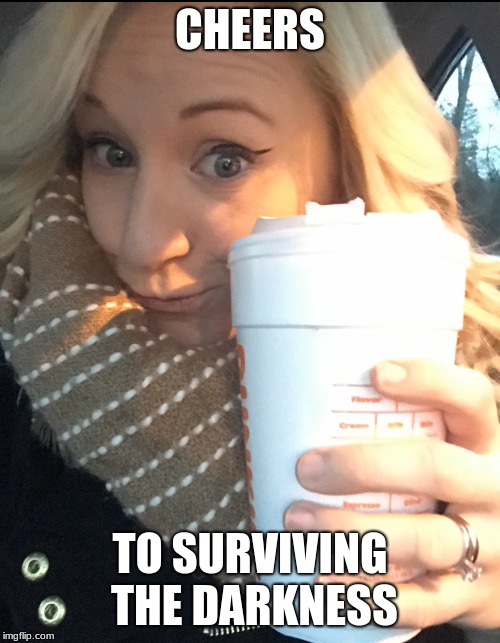 This work by @_teachreadwrite @LunaPandCofee is licensed under a Creative Commons CC-BY Attribution 4.0 International License.

Screen Time and the Children